IN CONVERSATION WITH PAUL POLMAN 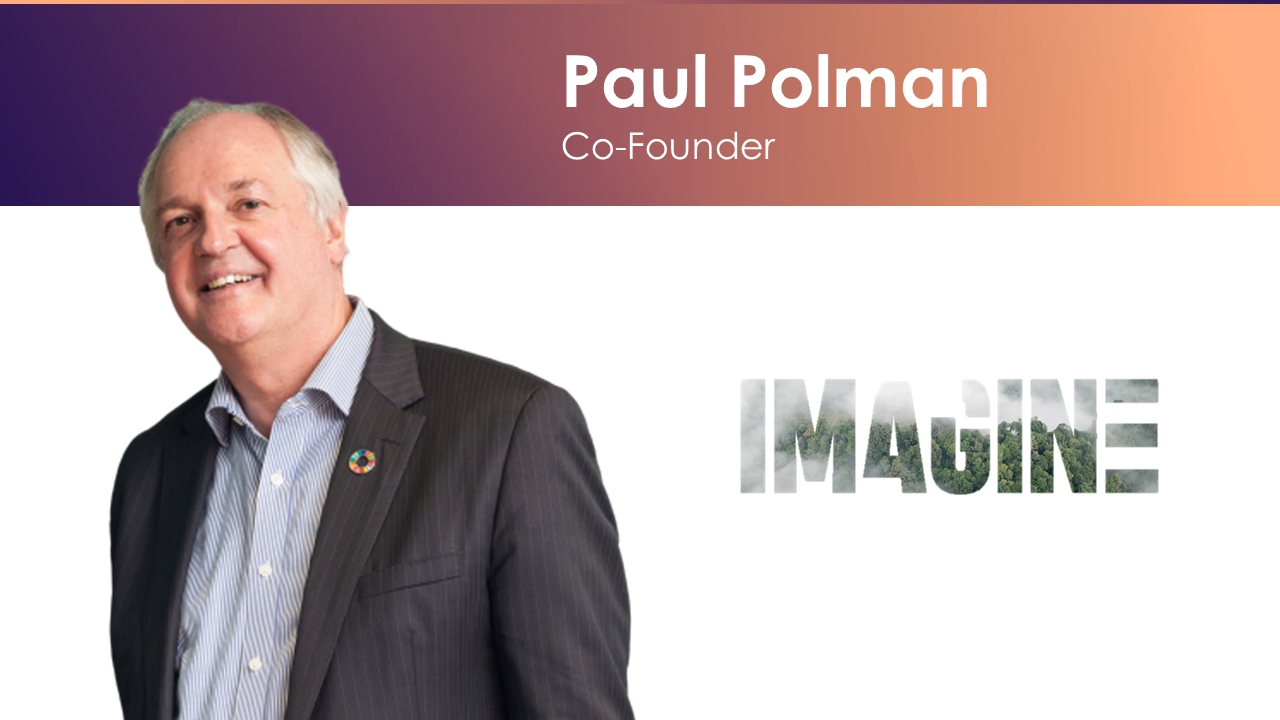 Paul Polman, Former CEO Unilever and now Co-Founder and Chair of IMAGINE sat down with IRG Founder Marc de Swaan Arons for a 'virtual fireside chat' about sustainable and humanized growth. Here are a few key quotes from the conversation. If you would like to read, view or listen the full conversation, please see below for the links.

Paul Polman: "The best leaders at all levels in society create the space for themselves to drive change. COVID-19 has shown that the real leaders are in all parts of society and they are not held back by any system or the financial markets. They were driven by a strong sense of purpose that is not expressed in just your own self- interest or in monetary terms."

"We've seen the health community step up. We've seen communities get together to help the elderly, to provide food, to take care of the sick. We've discovered that nature, health, climate change, and economy are closely linked. We've discovered that our system leaves too many people behind. We have a social contract that is awful, especially for the people that we need most. We've also discovered, finally, that science counts. And we've also learned about the need to work together globally that we are first and foremost, citizens of planet earth."

"Real Leaders are people that put themselves in the service of others and by doing so, they're better off themselves as well"

"We need to get out of this concept that self worth is measured by net worth. It doesn't work. The COVID crisis doesn't know any boundaries. The real leaders are people that first and foremost put themselves in the service of others and by doing so they're better off themselves as well. If you don't get to that point, you'll never be a great leader. These are enormous learnings that we now need to harness as marketeers to build them into the plans of the future.

One of the biggest issues we're going to have is job creation - unemployment is going through the roof especially for young people. The social cohesion issues that we did not address in the financial crisis, which we actually made worse, has resulted in populism and nationalism at the polls and the current crisis that we're now going through.

Please marketeers, let's not make the same mistake twice and go for the easy ‘ready to go’ projects, to think that where we came from was better than where we are now. Let's design it right - each of us has that responsibility in our own lives and the companies that we represent, which is an amalgamation of the human beings that work there, and then the other things that we can influence. It’s is very surprising to me if that wouldn't lead to a better plan than where we came from. This is a wonderful opportunity to not just restart an economy, but to re-design it.

I'd love to be a millennial right now. I'd love to enter the workforce right now with these ideas. It happens to be that building bike paths, moving to green energy like wind and solar are better jobs, and that we're actually creating more jobs. They're actually more secure jobs because they’re jobs of the future.

This is where the marketeers come in: to change the global narrative. Often it is the narrative that drives the behavior. Behavior and boundaries will change, and that leads to the system changes that we need."

Paul is Co-Founder and Chair of IMAGINE, a benefit corporation and foundation accelerating business leadership to achieve the Global Goals. He is also Chair of the International Chamber of Commerce, the B Team, Saïd Business School, and the Valuable 500, and Vice-Chair of the U.N. Global Compact.

He was CEO of Unilever for a decade where he demonstrated that a long-term, multi-stakeholder model goes hand-in-hand with good financial performance. During his tenure, Unilever was one fo the best performing companies in its sector, delivering ten years of consistent top and bottom line growth.